Yesterday I photographed Phillip and Jessica’s at Mahaffey Theater in St. Pete. Usually, after the ceremony you do all the family group pictures and then you take the bride and groom out for romantic shots. However, The Mahaffey actually had a concert that night by The Florida Orchestra so we were told that we would have to rush straight into the theater after the ceremony if we wanted to get any pictures there.

So we went straight from “I Do” to shooting in the theater!

I had planned out a series of shots that I wanted to get on stage with Jessica and Phillip, who are both opera singers, only to discover that the stage was already set for the orchestra and we were not allowed on it. No worries, I had brought along a good friend, Pedro Carillo, who is also a wedding photographer, and with me on the camera and him on the light we were able to work fast and get several great shots before having to make room for that nights performance. 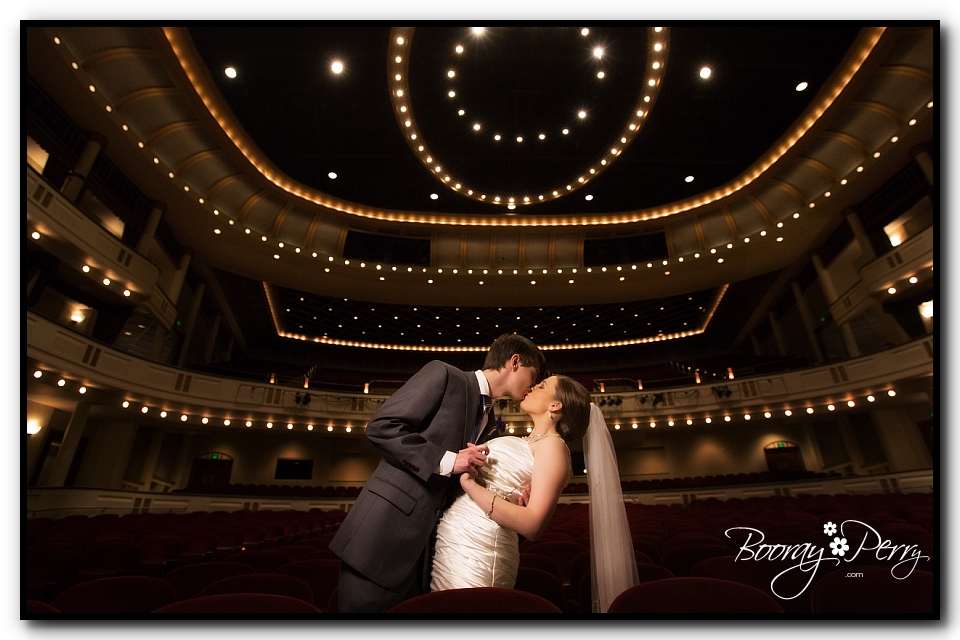