I was on vacation when I got an email from Deanna at Daytime, a syndicated morning TV show that’s taped here in Tampa. She said that they wanted to do a segment on “How to take better pictures with your cell-phone,” and could I come on and give some tips.

At first I was hesitant because I’m not really comfortable drawing attention to myself. I’m kind of shy and withdrawn by nature…  HA!  Who am I kidding! OF COURSE I WANTED TO BE ON TV! CAN I COME ON EVERY DAY! CAN I! PLEASE!!

I was a radio disc-jockey for most of my life before becoming the world-famous photographer you know and love today, so I have some experience around this sort of thing. Still, I was on radio… not television.  It’s a different thing. Mostly different in that you are worried about how you will look the whole time you are in front of the camera.

So, I go down to the studio and they bring me in. Everyone was incredibly nice and friendly. The hosts, Jerry and Cyndi are exactly the same off-air as they are on-air. very friendly and funny.  They really made me feel at ease.  The make-up room is attached to the green room so the hosts are right there getting “made-up” when you arrive. It’s all very relaxed and casual. It’s a little weird doing a show like this because there’s no studio audience. It’s just you, the hosts and a couple of camera guys in this big warehouse full of sets. 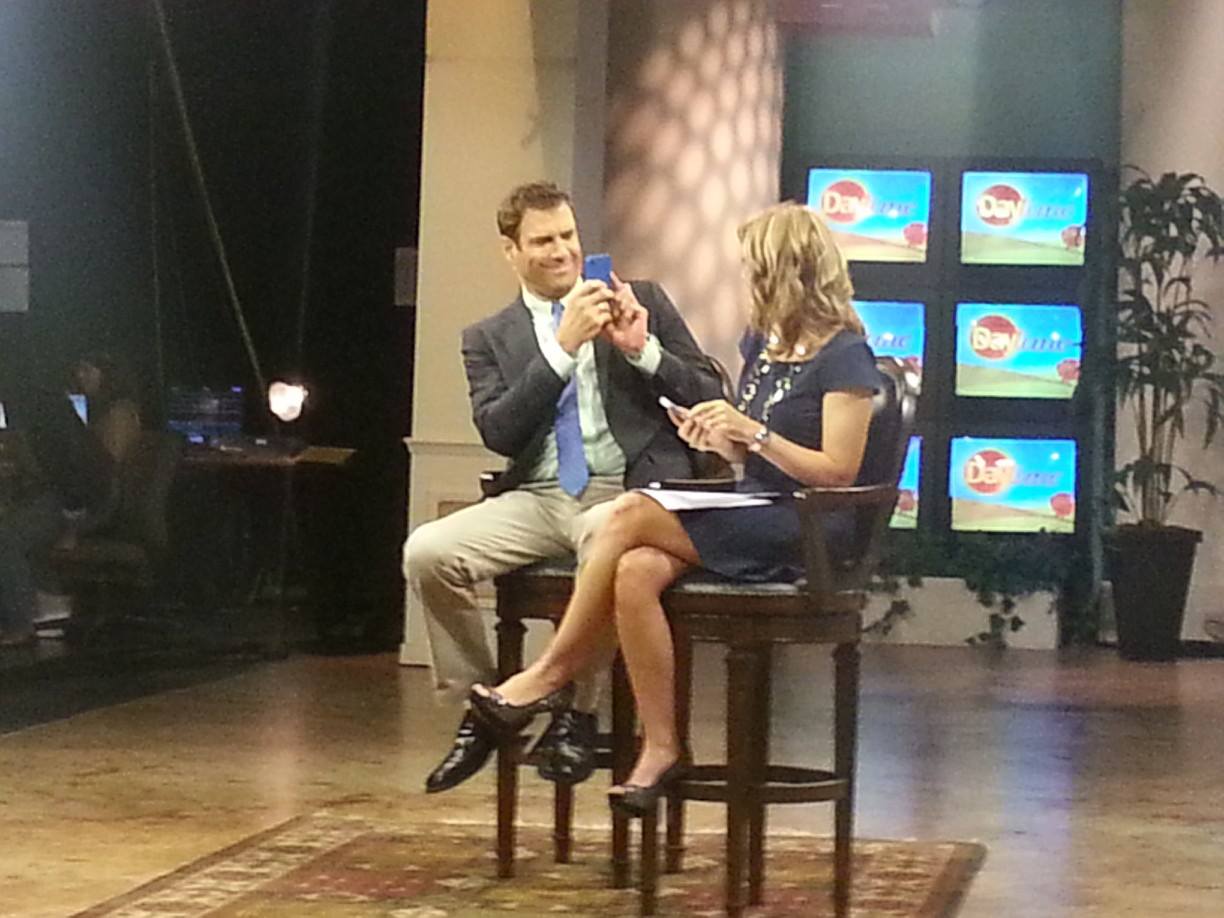 We did the segment and then the director told us we had gone on too long. (Imagine that.  I talked too much…) So we had to do the whole thing over again.  Of course, I’m convinced that I did terribly but I’ll have to wait and see when it airs on Monday (Channel 8 WFLA in Tampa). I got a laugh out of Jerry so that was cool. :)

I was a little nervous (I haven’t been “on-air’ in over 10 years) but not too much. benefit of having spent so many year as a DJ is that I never have to worry that I will “blank” when the microphone is on. Still, I feel I rushed a little and I felt bad because I looked at Jerry more than Cyndi but I was self-conscious about turning my back to the camera so I could look at her.  It’s funny the things that go through your mind when the camera’s are rolling.

The best part was that it gave me an excuse to show pictures of my kids, Samantha and Mackenzie.  I took some pictures of them to show “good/bad” examples of how to take pictures with your cell-phone.

Here’s the “bad” picture which I used to show how people don’t pay attention to where the light is coming from and as a result end up with dark faces. Also, people shoot “full-length” too much and they don’t squat down when photographing children: 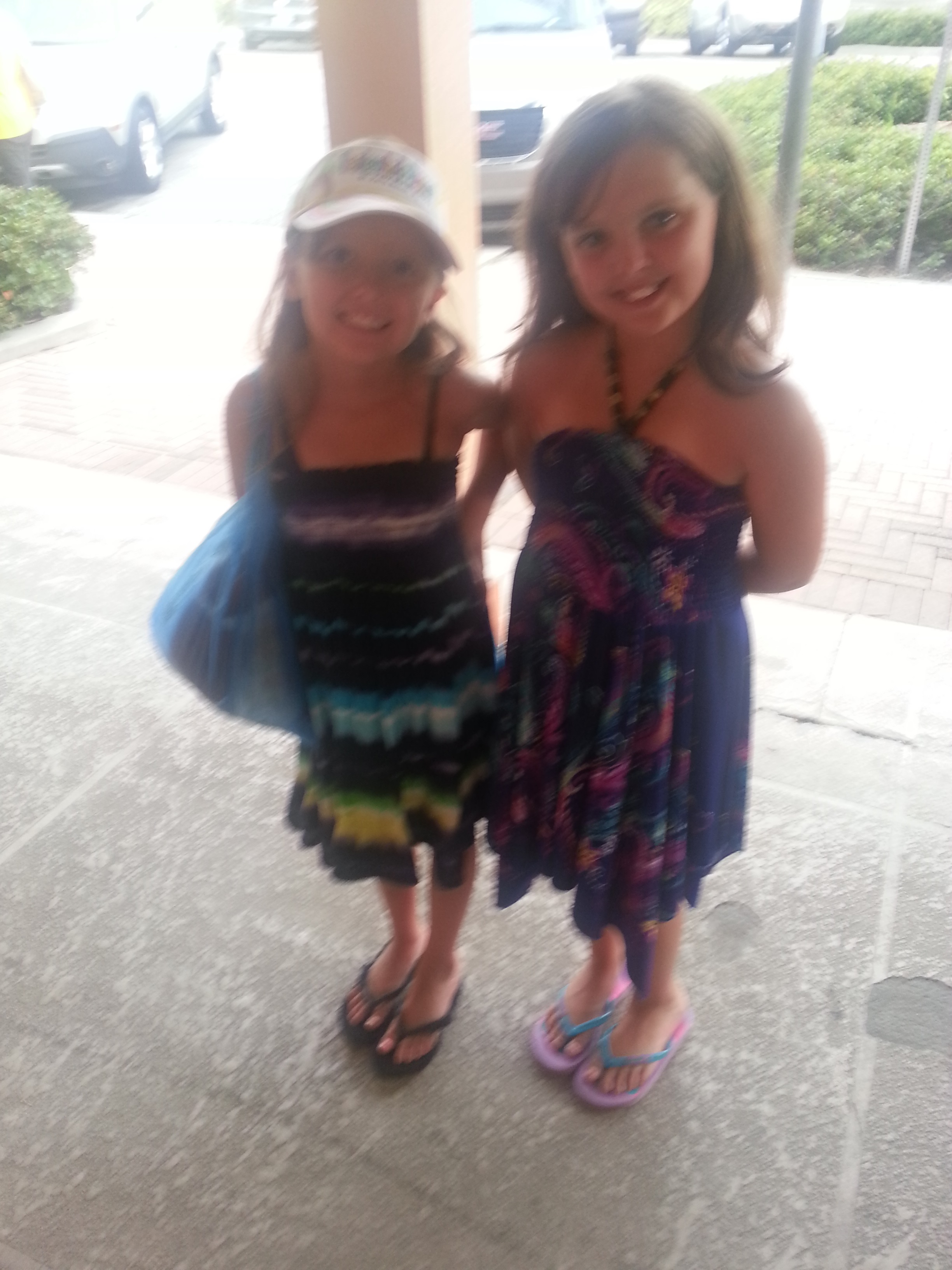 Then I showed how simply turning people into the light and zooming in on their faces would produce much better results: 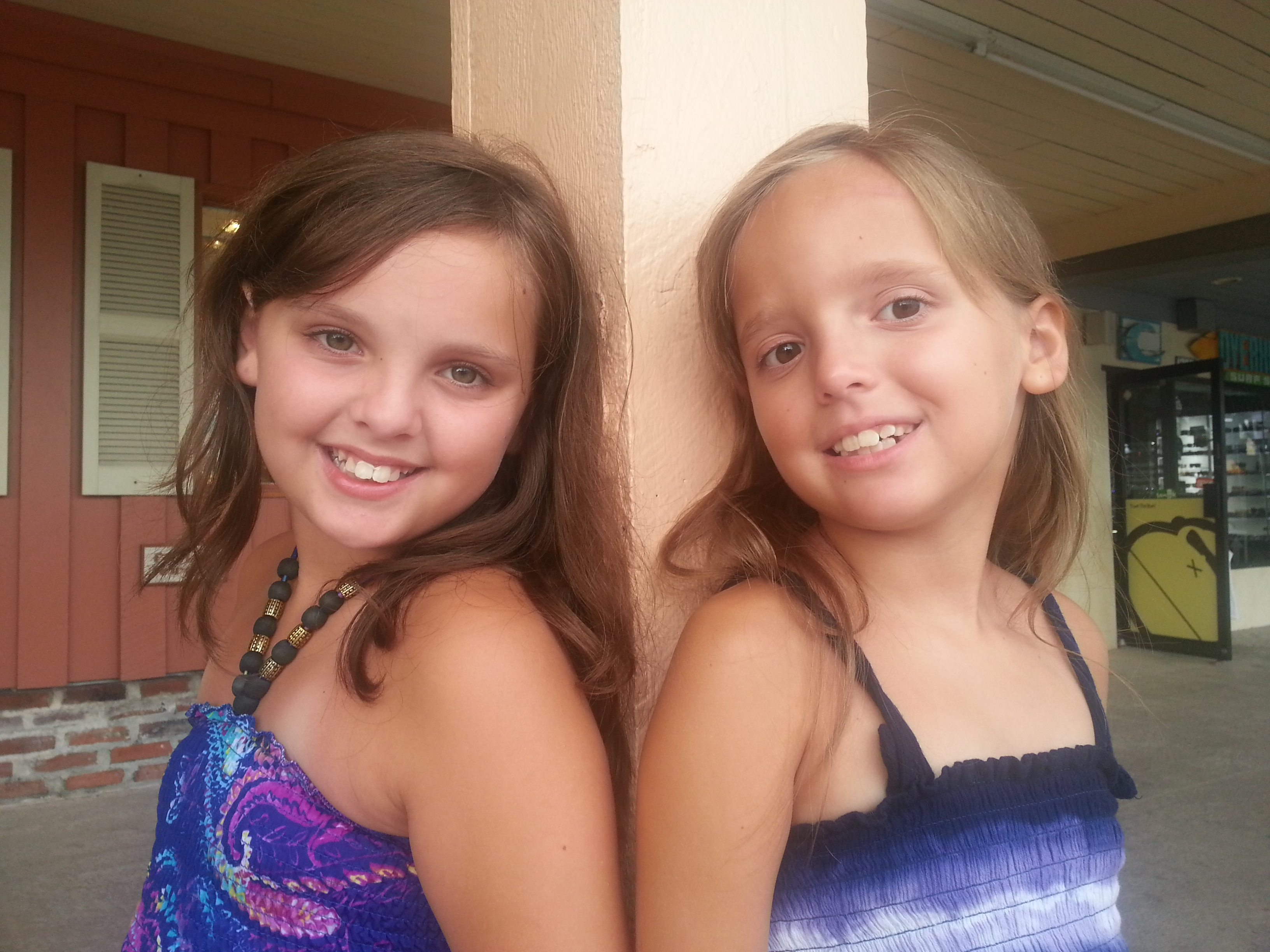 I’m sure there will be much discussion about this on my Facebook page so  be sure and “like” me!  You can “friend” me too!