I know that most folks who read my blog do so because they are looking for a wedding photographer so you might wonder why I’m suddenly breaking out with a gear review. Well, I know that a lot of my photographer friends check in from time-to-time and I wanted to give them something to enjoy. They’ll be some technical stuff in here and some pictures too but feel free to skip over this post and jump to one with beautiful wedding pictures. I won’t be offended. :)

There’s an old saying, “The cobbler’s children have no shoes.” It’s true of a lot of professions and especially true of professional photographers. After spending hours carrying 20 pounds of gear around at a wedding the last thing I want to do on my day off is pull it out to take pictures of my family. This leads to an unhappy wife and that’s something I avoid at all costs. So, I recently broke down and purchased another camera. One that I felt I could carry around without feeling burdened while still having the muscle to allow me to do the things that we professional photographers need to do to be happy with our pictures. In other words, I’ll kill myself before I’ll allow myself to take pictures with my phone.

Enter the Fuji x100s. A lot has been written about this camera by photographers who have a lot of respect in the industry (see David Hobby’s review and Zach Arias to name a couple). So, I’m not going to do an in-depth review of the controls, etc. Instead, I’ll just talk a little about what my experience is like since getting it a couple of months ago. I just got back from a trip to New York with my wife for our anniversary. I took only the Fuji x100s with me. It was hard to go to the greatest city in the world for photography and not have my trusty Canon 5DMK3 in my hand but I wanted to be free from the burden. Here’s how the camera performed: All images are straight from the camera, no adjustments. I shot in (gasp!) .jpg the whole time. Click an image to enlarge..

The first thing we did was go for some breakfast. 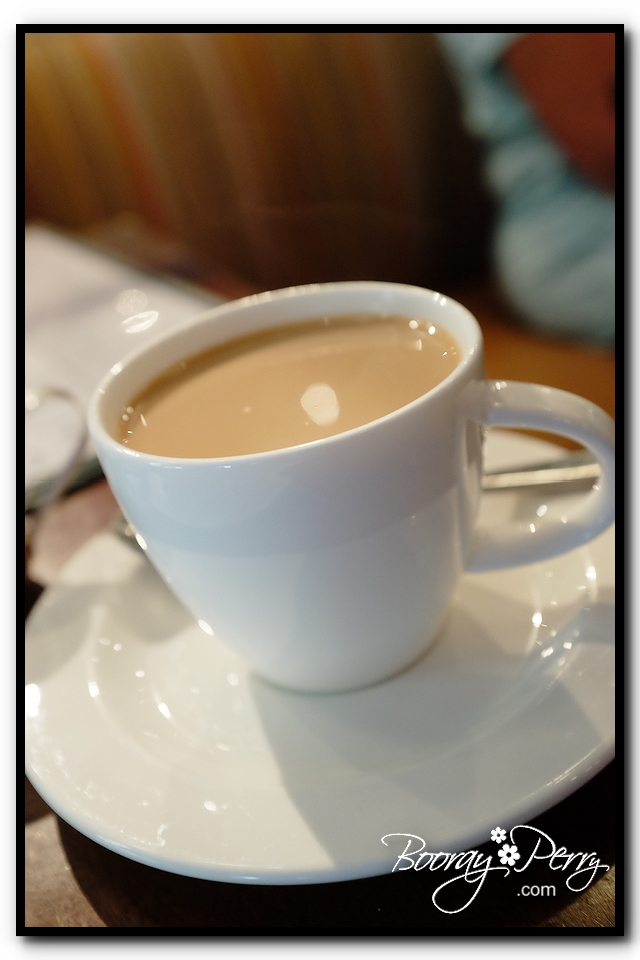 Shooting in macro mode, this camera performs beautifully. In fact, it’s the one area where I don’t miss my big camera at all. The focus on the Fuji x100s is generally sharper than the Canon 5DMK3 in all instances (I use L-series zoom lenses). I suspect it comes from being a fixed prime lens. It’s metering ability is practically flawless. No matter what I throw at it, it seems to meter perfectly. 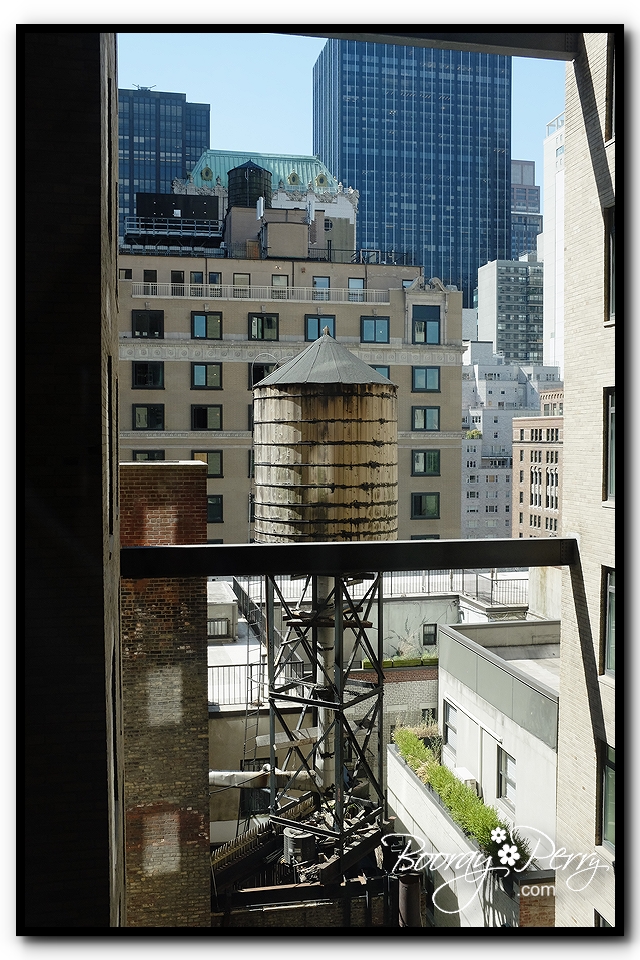 Which brings me to how I set up the camera. One of the things this camera does that my Canon does not is allow you to set a limit on “auto ISO.” This is so awesome that I can’t believe Canon doesn’t do it. I set the max ISO at 6400 (that’s right, it shoots at 6400 with minimal noise) and the shutter speed to “auto.” Then, all I have to do is set the aperture I want and the camera does the rest. It won’t drop the shutter below 1/60 unless the ISO is capped so unless I am shooting movement, I’m always good. It makes it so easy to shoot fast. Occasionally, I’ll switch to full manual but most of the time it stays in aperture-auto-auto (with some exposure compensation tweaking here and there when needed.) 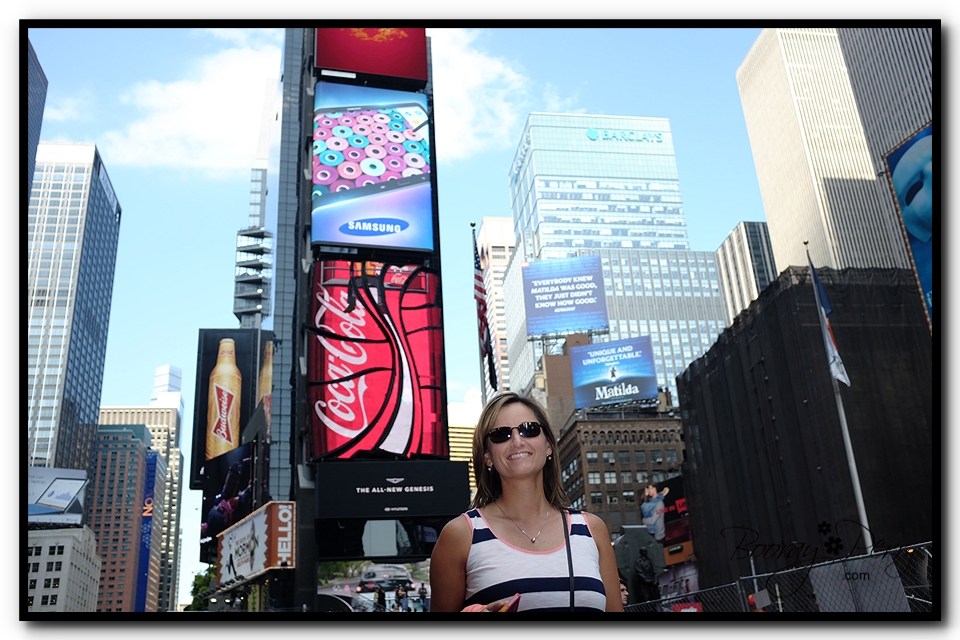 The flash is a mixed bag. yes, it synchs to 1/2000 because of the leaf shutter (and off camera flash will synch to 1/1000) and yes that’s awesome as can be (witness the shot above with full flash at 1/750) but it’s still a tiny, tiny flash. For someone who is fanatical about directive lighting, it’s very hard to use direct, on-axis flash. So, I tend to shoot all-natural light as much as possible when I have this camera. (Edit, I’ve since purchased the small flash for this camera and will post some shots in the future..) 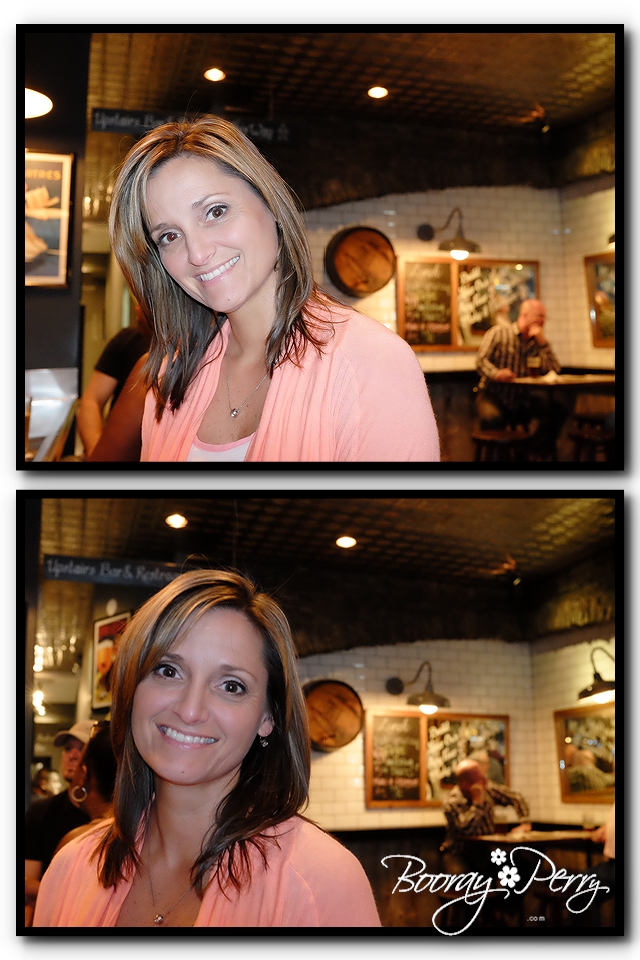 The flash also tends to be a little hot for my tastes in dark situations. Full auto flash when used for fill (as in the shot above) tends to be spot on but get really close and it will be hot. I find myself shooting with the flash at -2/3 quite a bit. I have yet to get a solid feel for the little bugger, as you can see from these two (horribly composed) shots where I made no change to the camera settings at all. I suspect that I locked focus and recomposed on the first one, then shifted the focus point for the second… and that somehow changed the exposure. The bottom line is that more times than not, it does a good job (for what it is) but I really avoid using it unless I have no choice. I feel it’s more likely to detract from the image than enhance, but what do you expect from something that will fit in your pocket?

This is where the camera really shines. 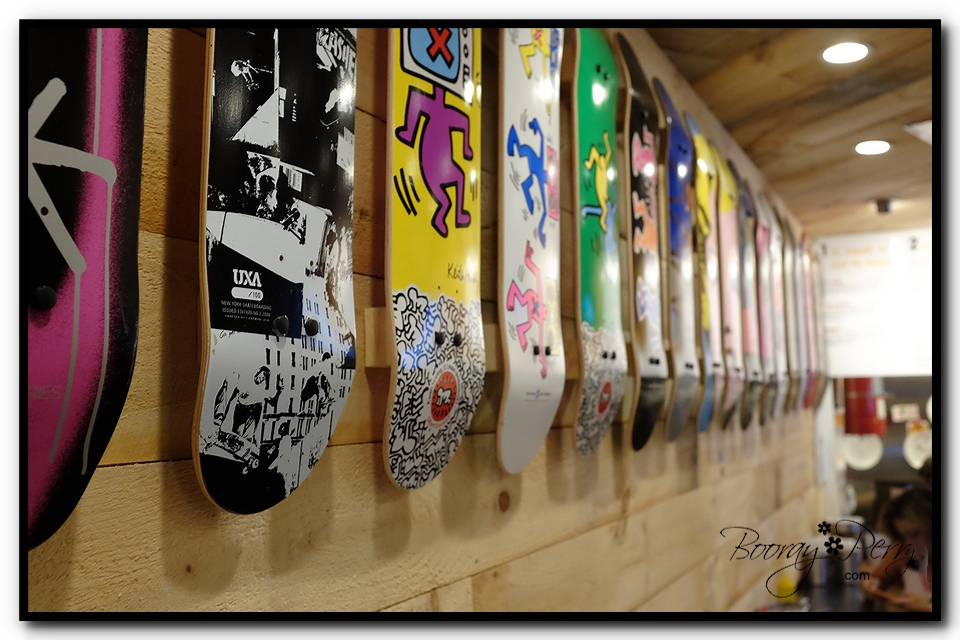 When there’s a lot of contrast, it tends to overexpose. I find myself compensating down a stop on the street a lot at night. 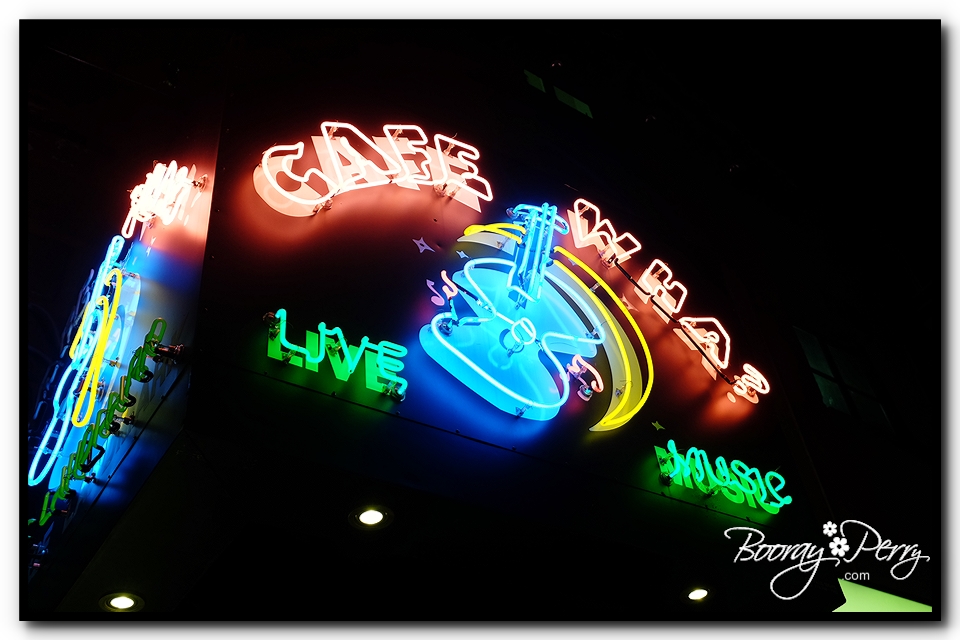 Sure, you have to underexpose for neon put that’s to be expected as the camera is trying to meter the whole scene. 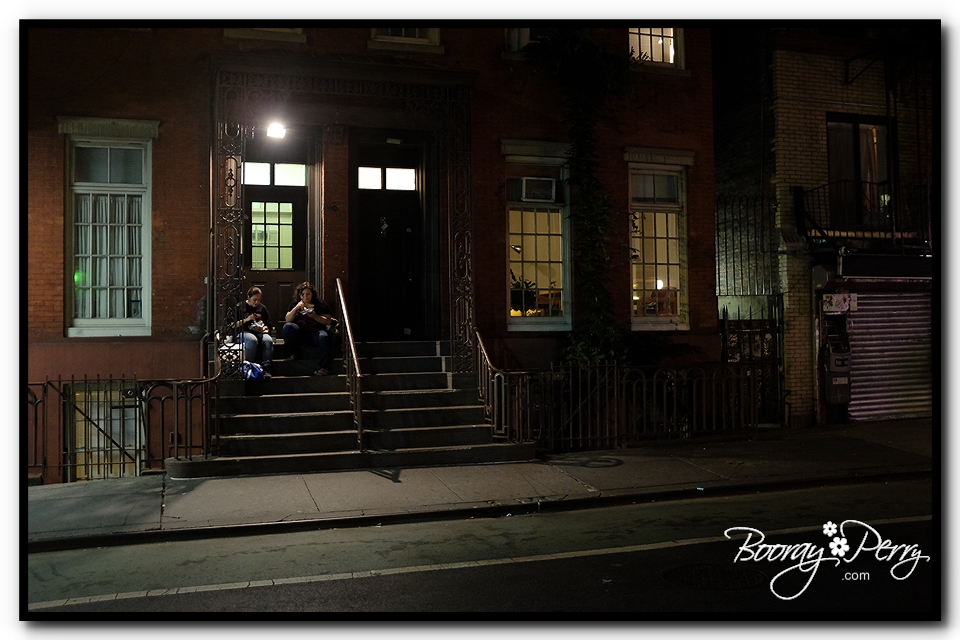 For me, this is where this little camera really shines. 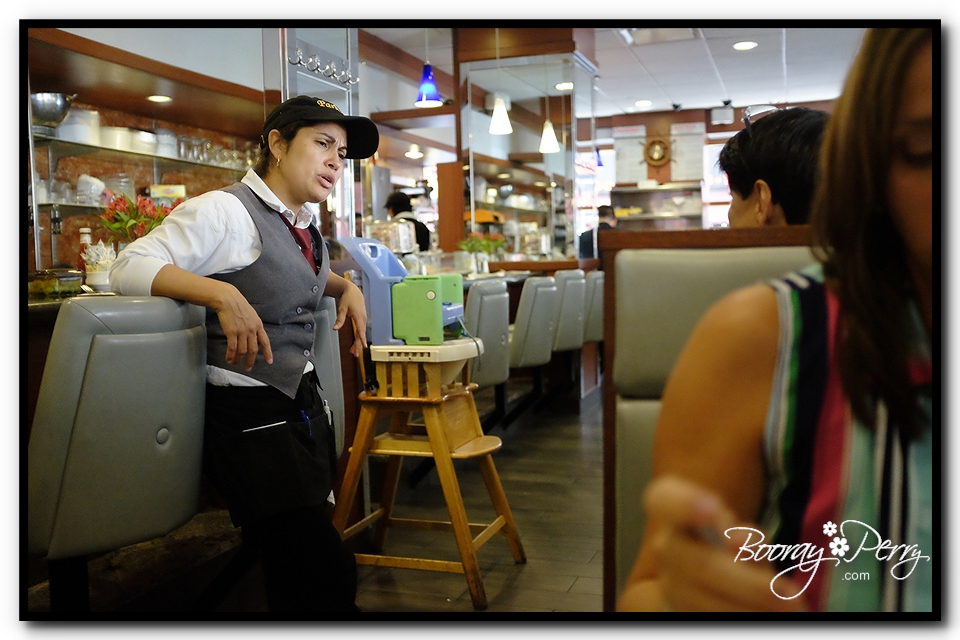 I shot this at minus 1/3… not on purpose. Pulling the camera out of my bag a hundred times a day made it easy to hit the exposure compensation dial and not notice it. 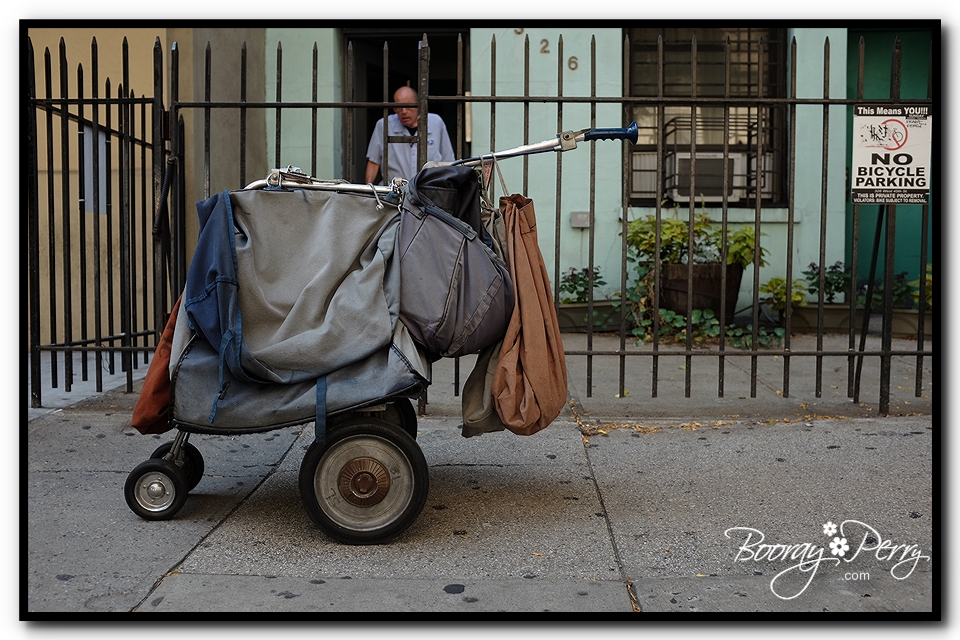 Here you can really see where that extra 1/3 of a stop was needed. 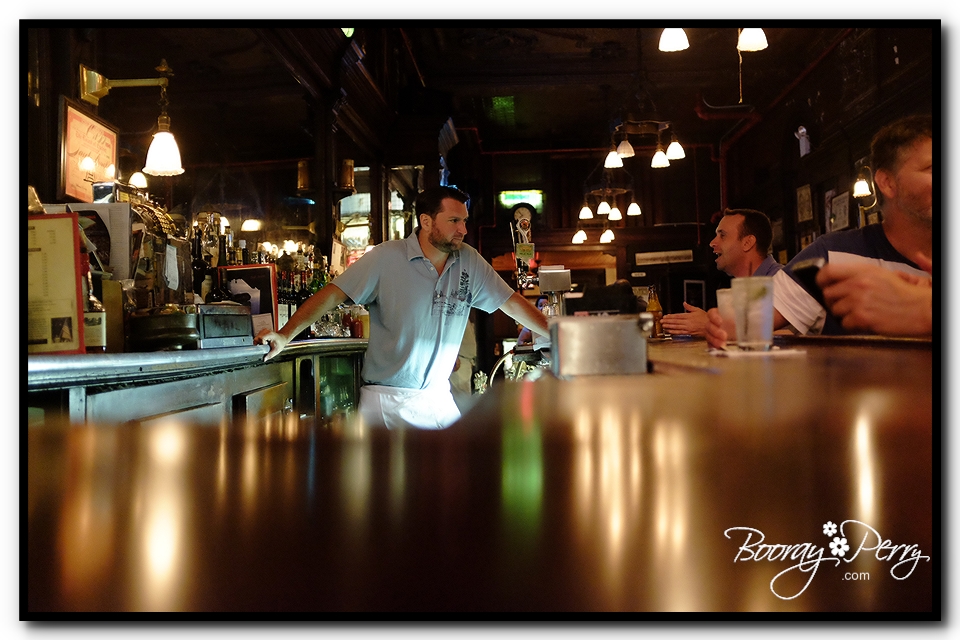 Here you can really see the low-light capabilities of this little camera shine. 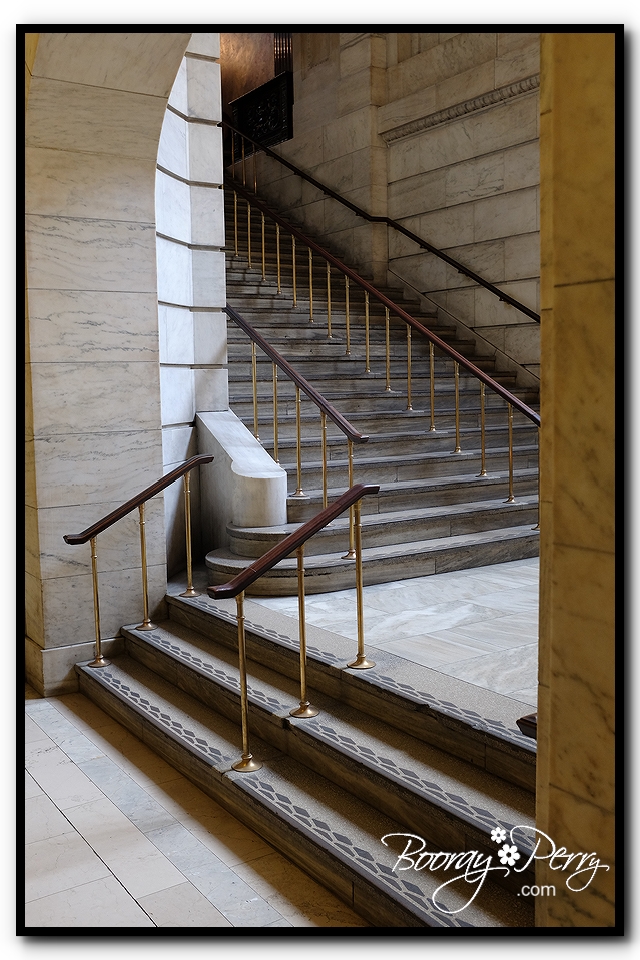 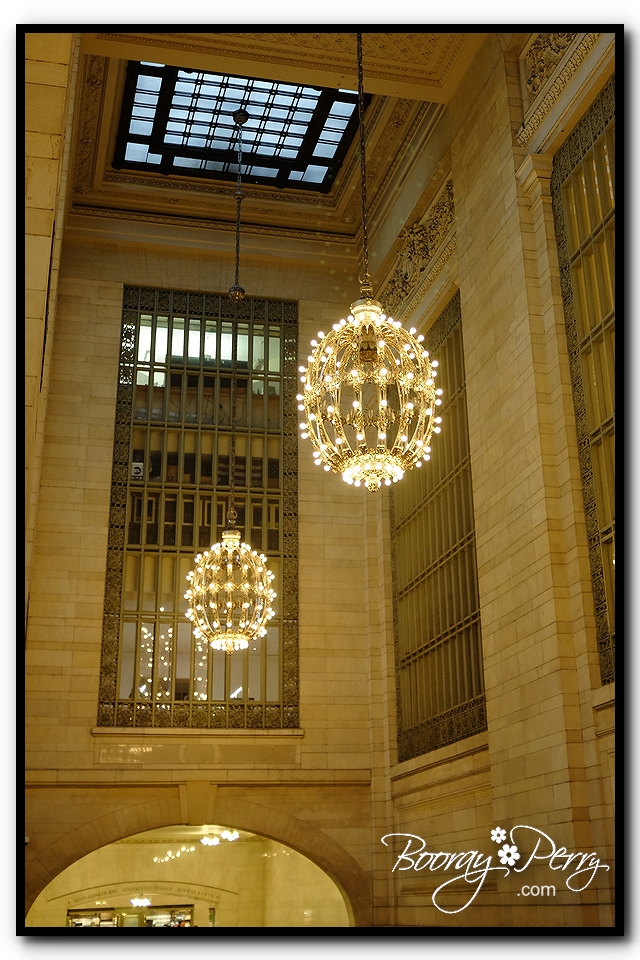 I like this little camera despite it’s flaws. I wish the cool, retro exposure compensation dial wasn’t so easy to turn by accident. I wish you didn’t have to go into the menu system to adjust the flash power (but the white balance has a dedicated button?! Which do you use more?) I wish there was a thumb toggle for the focus point. I wish there was facial recognition for the focus point for when I hand my camera to a stranger. I wish the lens hood didn’t block the flash. However… I love the color rendition, low light performance, fast leaf shutter, size and speed of this camera. It’s fun to carry and fun to use and it looks so freakin’ cool (Rupert Gee at “The Hello Deli” asked me if it was a Leica. I get that a lot. I just feel less like a tourist with this sitting on the table..) Overall, the biggest drawback is the flash, which is to be expected, and the inability to move the focus point quickly. Other than that it’s a blast to use.