I recently was asked to photograph senior portraits at Honeymoon Island. I’ve worked there several times of course (at this point there isn’t a beach within 100 miles I haven’t worked) but it was always for weddings, never a portrait session. It’s not my first choice for beach locations but the Mom said that she liked that there was a beach but also some wilderness and she was right. No other beach is quite like Honeymoon  Island. 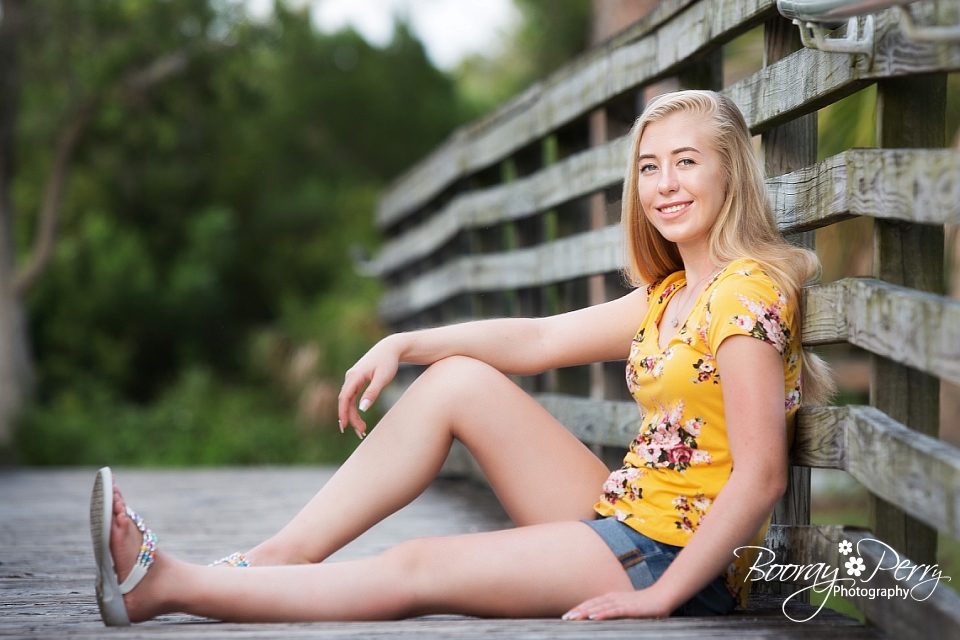 Lauren and her family live up north but they wanted her Senior Portraits done down here because, well, Florida rocks. We started off in the back of the park so that we could get some shots that were “non-beach.” What we didn’t count on were the bugs. Oh my God the bugs. We worked fast and got out of there quick because they were everywhere. Bugs are never a problem on the beach because there’s always a breeze but go inland to a wooded area and you can get swamped. 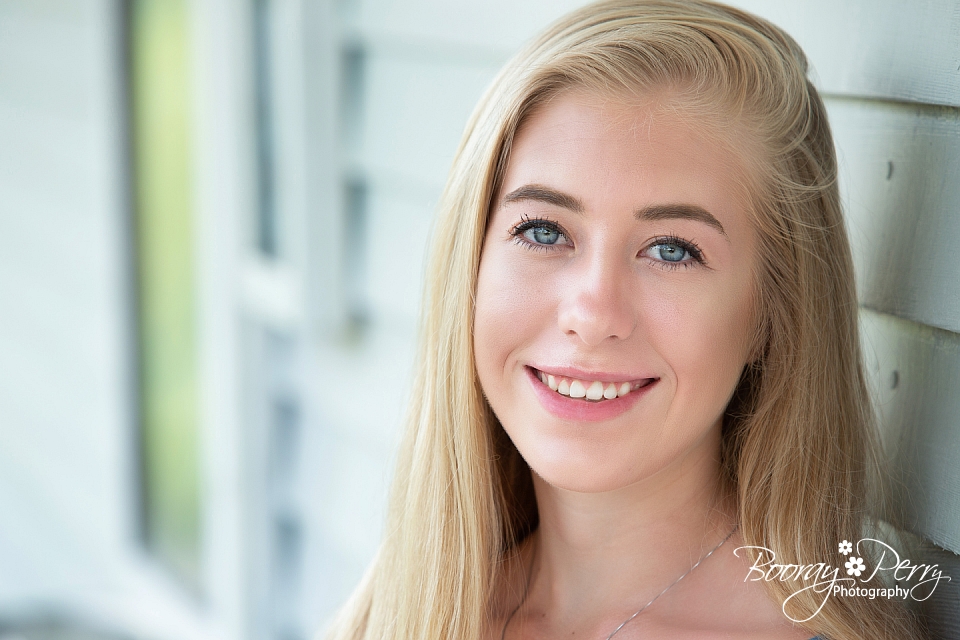 Lauren couldn’t have been a better model. We were probably half way through the session when I noticed she had a scar on her chest. Her mother told me that she had a heart transplant when she was just 1-year old and here she was getting her senior pictures with me. Modern medical science is an amazing thing but there was a deeper message to be learned that day. 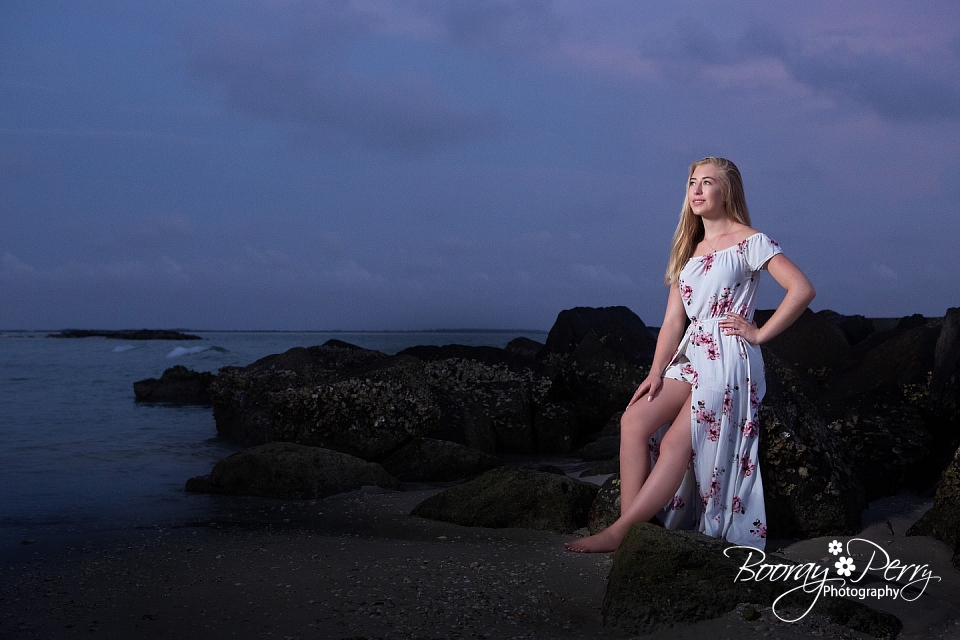 When the session was over and the family had selected the images they wanted, I had to ask a question that I hate to ask but it’s my job:

“Do you want me to remove the scar?”

I knew that would be the answer. Working with the family and this extraordinary young woman I just knew that her story and her life was not going to be compromised by something as trifling and small as a surgical scar. My daughter was with me that day assisting and she got to see someone who was proud of who she is. I see this a lot in young people today… a sense of defiance for “social constrictions” and more acceptance of people for who they are. I know that it’s easy to think, “It’s just a scar and not that noticeable” but for some kids, any thing that makes them even a little different is something they want “fixed.” I’m glad my daughter got to spend some time around someone who embraces who they are and where they’ve been. 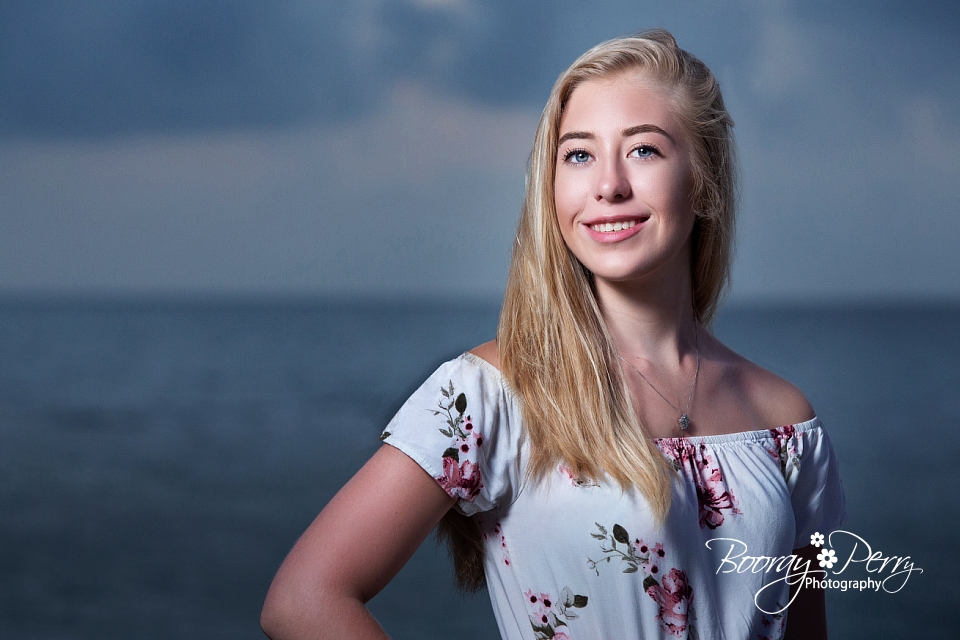 When the Student Becomes the Teacher

I’ve seen it in my own life as well. There was a time when I wouldn’t even put a snapshot on Facebook without retouching my face a little. Not anymore. The more time I spend around people like Lauren; young people who shame me with their refusal to care about how the world might see them, the more I let go of worries about being older or unattractive. I have big ears. One eye is bigger than the other. My hair is turning grey. Deal with it.

I’ll address the elephant in the room by acknowledging that Lauren is, in fact, quite beautiful by most standards and so she has less to worry about, But I can tell you as a photographer who has worked with a hundred teenage girls that it’s the most beautiful ones who are the most insecure. But they are nothing compared to the adults. The more beautiful the bride is the more convinced she will be that she is ugly. Sometimes I spent half my time convincing a bride that she looks good when she is in fact the best looking bride I’ve seen all month!

This is something I see less and less in the young people and it makes me proud.

Not to say that portrait retouching isn’t important. It most definitely is important. The extra step of hand-retouching an image to take it to the next level is vital for any image you want to display. But there has to be a line. There has to be a point where you’ve gone beyond making yourself look a little better and entered into the realm of changing who you are. Don’t give into that temptation. “Taking down” the bags under your eyes in photoshop is no different than what a good makeup artist would do. Completely removing the bags so that you look like a smooth skinned alien? That’s too much. I’m guilty of it, we all are. I like to retouch to the point where you look like you had a good makeup artist work on you before the session because, if you were posing for a magazine cover, that’s exactly what would happen.

This blog post rambles around a little bit and I apologize for that. You start off writing about one thing and end up somewhere else quite often. What I really want to say is this: Be yourself. No one cares about the little details of you the way you think they do. And have faith in the kids. Their smarter than we are. :)