Now something about me

I’m not an “awards” guy. It’s my nature to be more afraid of disappointment than I am driven to win. In other words, I’m always afraid that if I want to win badly it will hurt that much more when I don’t. So, I never think about “winning.” I enjoy participating, it’s fun but you’ll never hear me say, “I really want to win the top prize.” It’s just not my nature. I respect and admire the people who set those goals and achieve them. I stand and applaud and hoot and hollar like everyone else and it never even crosses my mind that I should be up there on stage. I’m not trying to get up there so of course I’m not up there. This prevents me ever feeling disappointed. It’s really just a self-defense thing. Going for the win is hard.

Part of the FOCUS Convention is Image Competition. They bring in qualified judges from all over to view and judge images submitted by members and non-members alike. Image competition is a very big part of being involved with all these organizations. Yes, it’s about winning ribbons and awards but most of all it’s about elevating your art form to higher levels. You will not find a single person who isn’t a better photographer after a few years competing. It’s brutal. Images receive a score from 70-100. The tipping point is a score of 80. If you score 80 or higher you receive a merit. Get enough merits and you receive a degree. (16 merits in Florida for the Florida Degree of Photographic Excellence and 13 merits at the National Competition for the Master of Photography Degree.) There is a limit on how many images you can enter. If you get a degree in 3 years you are in rare company. For most people, if you are really working at it, it will take at least 4 years but 5 and 6 years is common.

Remember when I said you need an “80” for a merit? 50% of the images entered into competition fall short of an 80. Now you see how hard it is.

This year I decided to enter

I hadn’t entered in the state competition in years (I enter national every year and host a live show from the competition). Why had I not entered in years? Well that’s a long story but let’s just say that receiving a bunch of scores below 80 on the first day of the convention doesn’t exactly put you in a great mood for the rest of the weekend and I had decided to just go and have fun instead of getting caught up in the mood swings of being judged. I would just cheer for the winners and not ride that emotional roller-coaster.

But, then Kira Derryberry saw an image I had shot and told me I should enter it. So I did. Mostly to prove her wrong when she told me it would do well. Then, I decided on the last day to go ahead and enter a “full case,” (6 images). You can enter up to 10 images but only 6 are considered for final award stuff so most people just enter 6. 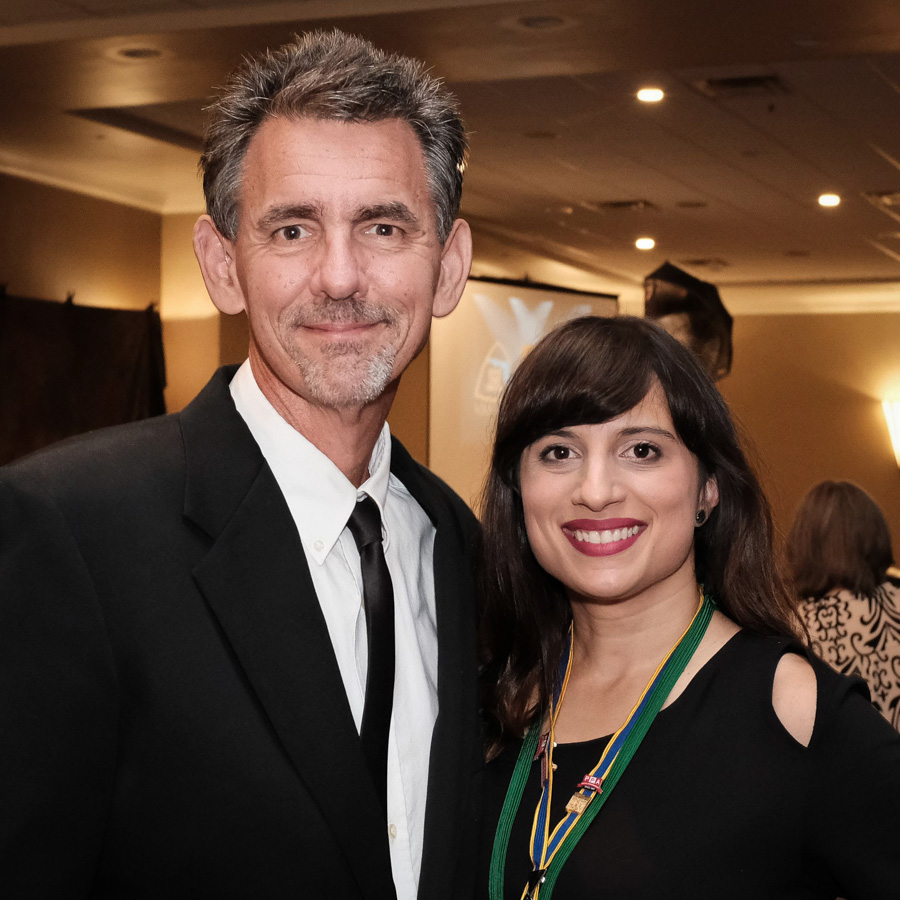 Me and Kira Derryberry

All 6 of my images received a merit. All 6. This has never happened to me before. Plus, you get notified if your images will receive an “honor” at the awards banquet and I was notified 5 times. This doesn’t mean you will win, it just means you are a finalist for a win so you better get your butt to the awards ceremony!

Remember earlier when I said I don’t pay attention to the awards? I mean I really don’t. To the point where I don’t even go to the ceremony unless I’m given a specific reason to go. Carrying a suit is a hassle and there’s shoes to bring… so I usually skip the pomp and circumstance and meet up with everyone after. Lucky for me, I brought a suit this year because Kira was receiving her Florida Degree of Photographic Excellence and the rumor was that Gary was going to receive The National Award (a very big deal and remember it because it’s coming back in a minute). In no uncertain terms I had been told that I better put on a suit and go support these two people who I love dearly. So of course I decided to go. 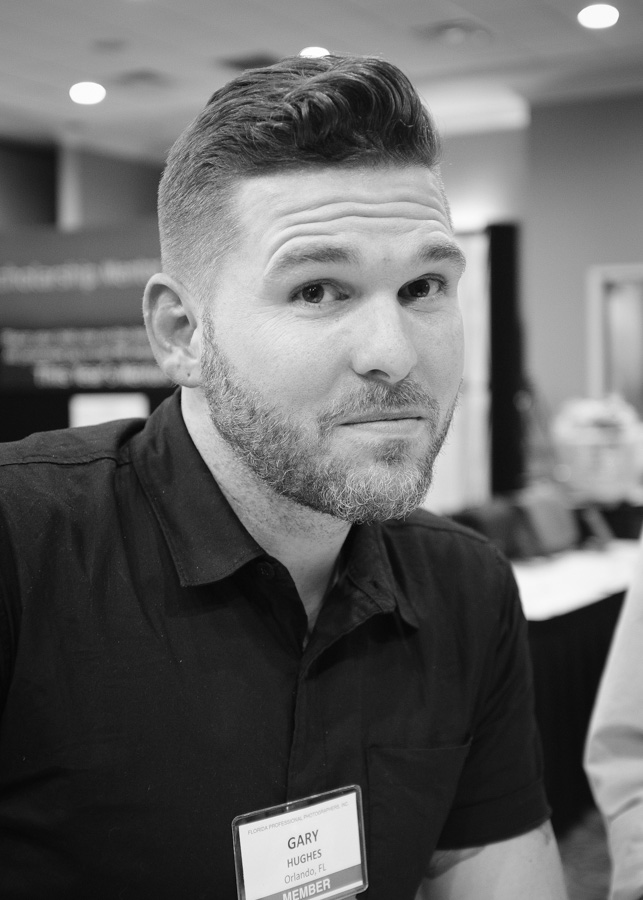 There are categories and sub-categories. So, just like a dog show, you can win First Place in the “Terrier” category and also win Best in Show in the “Working Dog” category. “Terrier” is a sub-category of “Working Dog.” Each sub-category gets an award and then they pick one of those as the overall winner.

Then I won First Place in Commercial Photojournalism and Best in Show Commercial.

Then I won a “Judges Choice” award.

And finally, I made “Top Ten Florida Photographers of the Year” for my entire case score.

Oh, and the “Commercial” winner? That’s the image that Kira made me enter. I lost that bet big time. (I can’t show you the image because I plan to enter it in National next year) 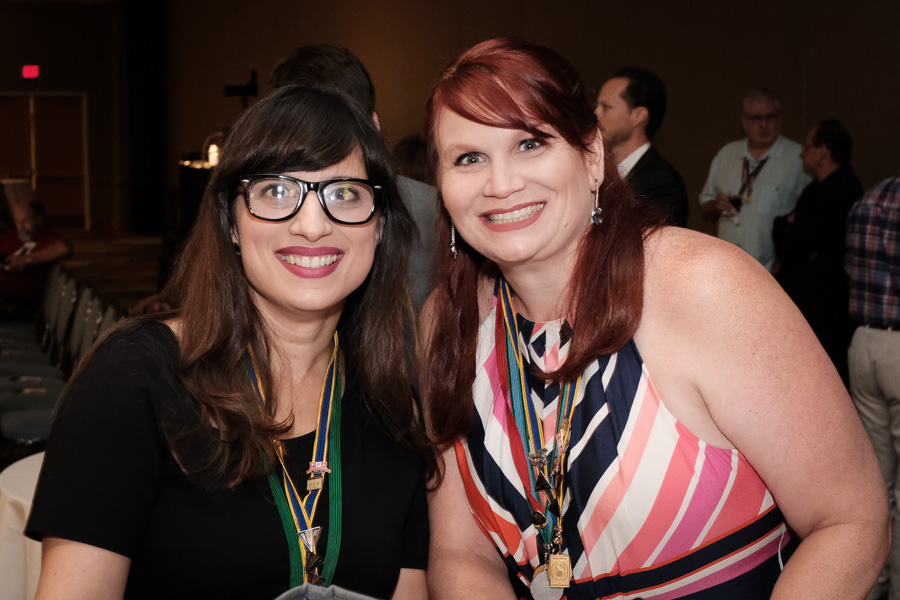 There are several awards, many are named for photographers who have passed away and serve to honor their legacy. All the awards given at the state level are for service to the state exclusively except for one:

I had received a tip that my good friend Gary was going to receive the National Award. I was told I had to put on a suit and go to the awards because this was such a big deal to Gary, to anyone, that I had to be there. Here’s what they say when they award it:

Volunteers truly are the lifeblood of PPA and its Affiliates. Every association has those extraordinary volunteers whose efforts on behalf of the Affiliate and its members deserve special recognition.
Seeking a way to thank these individuals, Professional Photographers of America created the National Award in 1958. Each year, PPA makes this prestigious award available to state, regional, national and international affiliates – who then present it to deserving individuals.
The highest honor granted by a PPA Affiliate, it recognizes those whose support for photography goes far beyond any regular expectations or contributions. The simple inscription on this plaque reads “for service to professional photography” – but we know that this award means far more than that.
We are here to honor one of those special individuals today.

It’s literally the highest honor you can receive at the state level and when your buddy is going to get it you better be there!

So, I’m sitting there in my suit and they start the presentation. They do that thing where they list off all the accomplishments of the person before they say the name to build excitement. So they are saying all the stuff about Gary, “This year’s recipient has traveled the country speaking at affiliates as well as the National Convention, blah. blah. blah..” and I’m thinking, “Gary and I have a lot in common.” And then they say, “They joined the FPP in 2013” and I think, “No way. I joined around that time and Gary was already a member so that’s a mistake..”

Then I glance over at Gary and he’s grinning like a cat and I realize I’ve been had.

I honestly don’t know what they said after that. I just sat there with my head down… trying to figure out who in the room was exactly like me but not me.

Then they said my name.

Of course Gary screamed the loudest having been in on the ploy. Kira, Gary, my wife… all of them had set me up. They knew I wouldn’t go to the ceremony so they convinced me that I had to go to support Gary. All a ruse to get me there, in a suit, to receive the National Award. 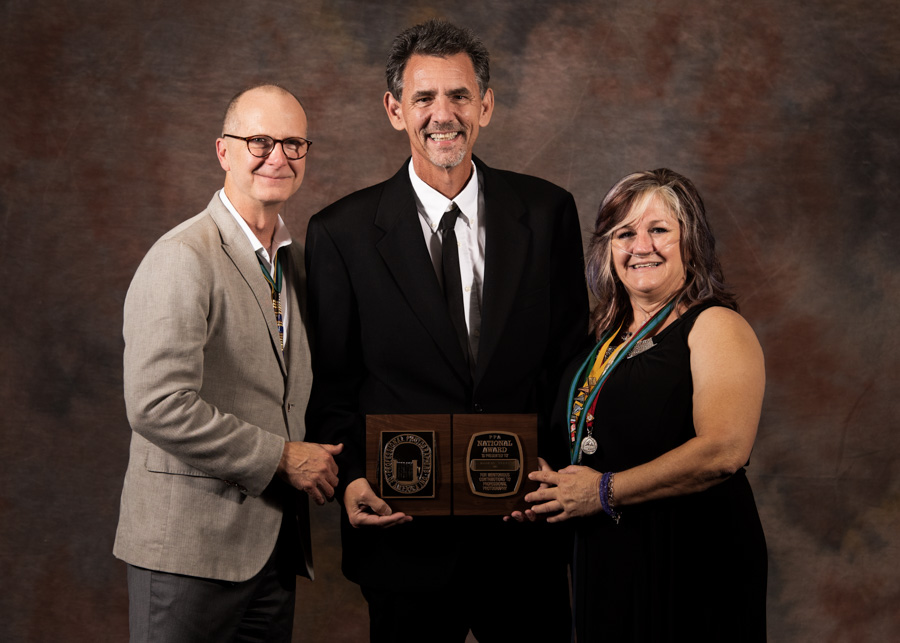 Greg Daniels, Marti Newkirk and me in an ill-fitting suit.

10 years ago, shortly after starting my business, I was reading a blog by a very prominent photographer at the national level. He had just been awarded the award from his state affiliate. I thought, “Wow, I can’t imagine what it’s like to be at that level in the industry. I’ll just be happy if I can make a living.”

It never occurred to me that I would one day be honored by my fellow professionals. I said as much to Kira who pointed out that I had traveled and taught at every affiliate in the state on multiple occasions. “Yeah but I like doing that,” I said, “That doesn’t mean it’s not important,” she replied. (Kira received the National Award last year. The magnitude by which she is more deserving than I is off the chart.)

To say that I am humbled is an understatement. It is probably the most important recognition I will ever receive in the photography world. When you receive the award, they have any past recipients in the room come up to the stage as well. This year, there were several good friends of mine who were in from out-of-state to judge the competition. Heavy hitters in the industry, Board Directors, people like that and all recipients of the National Award. Joining them on stage were Florida photographers that read as a “who’s who” of people who have dedicated their lives to working with and for photographers. I’ll never consider myself to be one of that group and yet there I was.

It was quite a night. 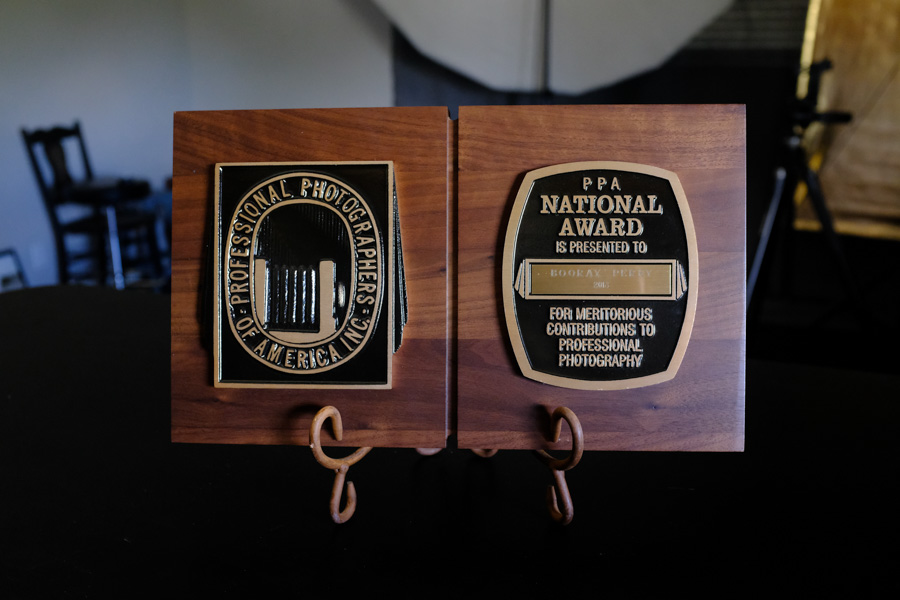 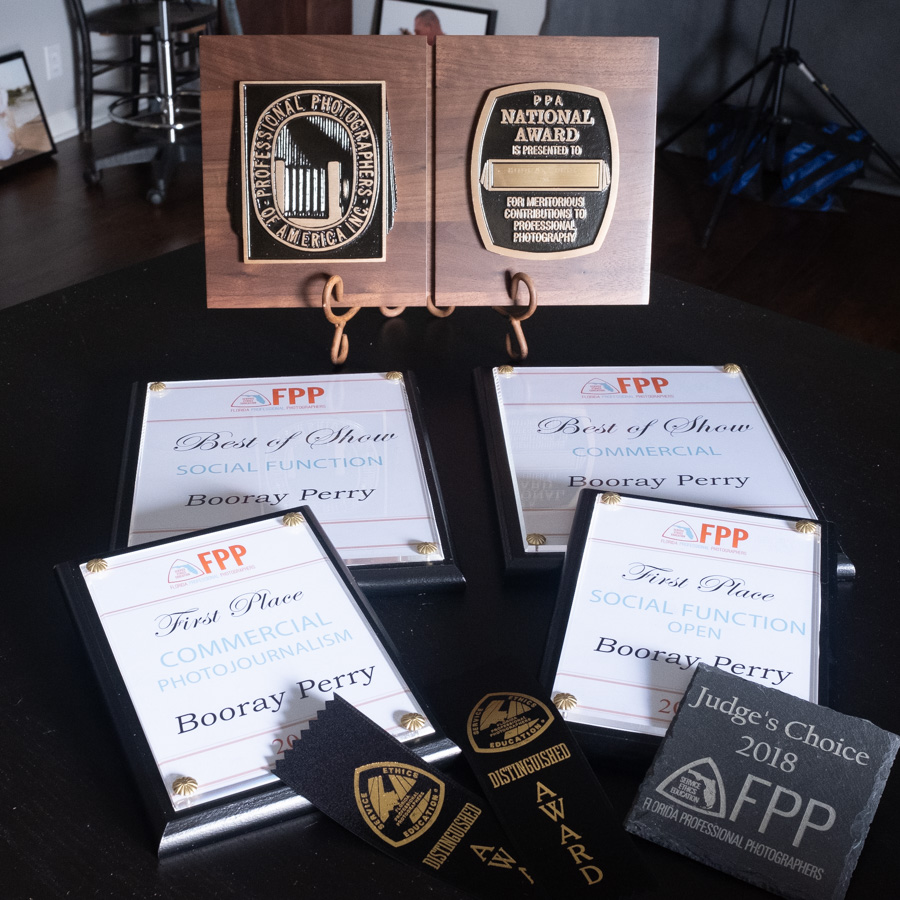